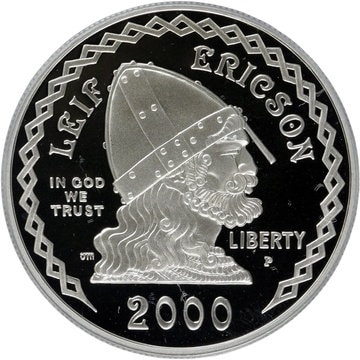 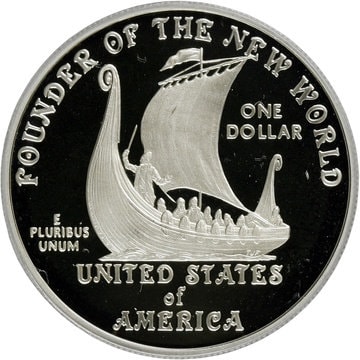 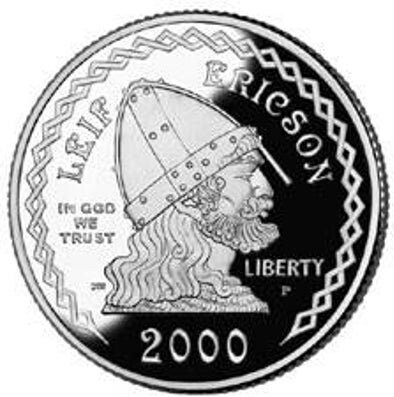 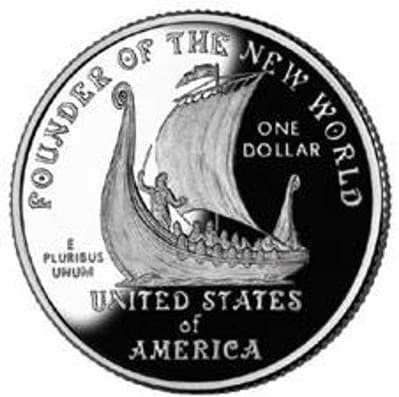 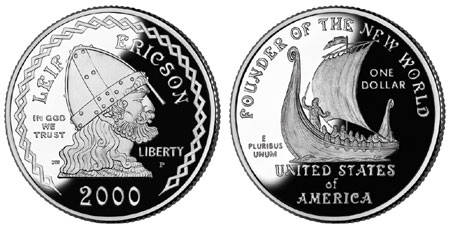 Choose either the coin in it's natural un-plated mint or like mint condition or have it plated which includes but not limited to Antique Patina Finish, Real 24k Gold, Platinum, Black Rhodium and so many other options.

The 2000 Leif Ericson Silver Dollar was issued by the United States Mint in cooperation with the Republic of Iceland. The commemorative coin program included a U.S. silver dollar and an Icelandic 1,000 kronur coin. Each coin depicted Leif Ericson to mark the 1,000th anniversary of his discovery of the New World.

The obverse of the U.S. coin features a portrait of Leif Ericson designed by John Mercanti in traditional Icelandic style. The inscriptions include “Leif Ericson”, “In God We Trust”, “Liberty”, and the year of issue “2000”. The reverse of the coin, designed by T. James Ferrell, depicts a Viking ship with Leif Ericson at the helm. The inscriptions include “Founder of the New World”, “One Dollar”, “E Pluribus Unum”, and “United States of America.”

The coins were available for sale at the US Mint from June 21, 2000 to February 28, 2001. A surcharge added to the cost of each coin went to support the Leifur Eiriksson Foundation to fund exchange programs between the United States and Republic of Iceland.

YOUTUBE CHANNEL
(Watch “Your” Ring being made & Learn How It’s Done)
www.youtube.com/c/PatriotCoinRings